The banking sector made the leap to social networks some time ago, moving to a new model in their relationship with their customers. Some banks saw this kind of platform as more than just another channel for communications and customer service. They saw it as a channel for interaction. This was the case for BBVA Bancomer, a leader in Mexico’s financial sector. They saw in what is known as social banking an effective means for knowing more about the profile of their users and their interests, in order to understand their preferences and needs.

This financial entity has a presence on the main social platforms and focuses all its efforts on these channels towards publicising its products, specific campaigns and/or special announcements, in order to increase customer loyalty.

Within BBVA Bancomer’s social banking strategy, their social media campaigns merit particular attention as they represent one of the best ways to achieve participation within the community and therefore a connection.

Since 2013, the entity has been an official sponsor of the Mexican soccer league, which is called Liga BBVA Bancomer. This sponsorship has been the impetus behind the launching of various competitions on their social platforms.

In August, to tie in with the “Apertura” (Opening) Tournament, which saw América face Tigres at the Estadio Azteca, an action was created on social networks. It consisted of a simple quiz (trivia) for soccer fans where users had to answer six questions about the tournament, the teams and previous matches between the two teams in under five minutes. And the prize for getting them right? A dream for all fans: a place in the stadium on match day. 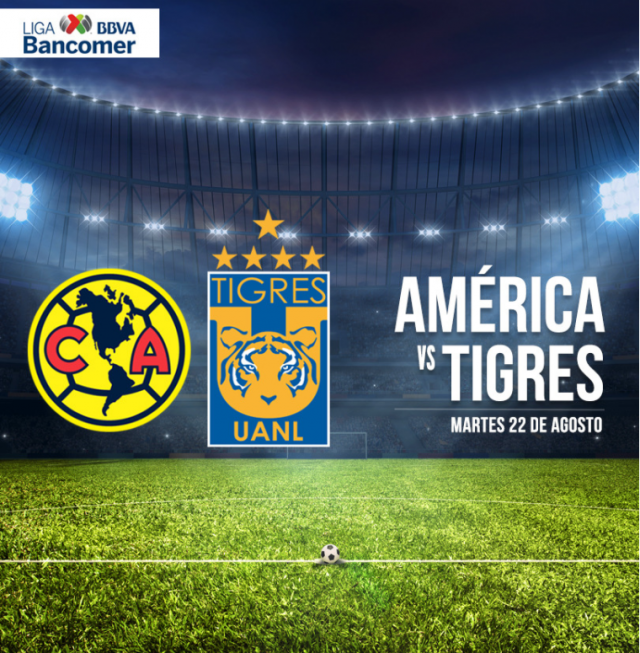 As BBVA Bancomer tell us, the main objective was to generate an audience using this type of action and taking advantage of one of the benefits of sponsoring the Soccer League. With the popularity of this sport in Mexico, visibility was assured and so a dynamic was presented on Facebook in the form of a football trivia quiz.

Once the audience is engaged, the next step is to offer products or services appropriate to their needs, according to the profile of the cluster they belong to. This was possible thanks to the type of promotion BBVA Bancomer went with, namely a quiz with a partition form. To begin playing, users had to log in to their social network with the consequent obtaining of personal data.

In addition to the good figures achieved on their social networks, they also saw how participation in the community increased, as well as general engagement with posts, especially those related to the América vs. Tigres match.

With their competitions, from BBVA Bancomer they were able to find the perfect way to interact with their followers on social networks and to get in touch with potential customers. They disseminate their brand, attracting a target audience, and they obtain detailed information, via Facebook, from each user.

The campaign was a pilot campaign to obtain information using the Xeerpa-Cool Tabs combo. I would highlight the ease with which you can use the platform to configure campaigns as well as their customer service team.

Do what BBVA Bancomer do: make the most of your sponsorship and create your social network campaign now >>