Social Media Calendar for Your Campaigns 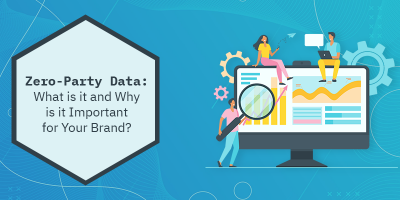 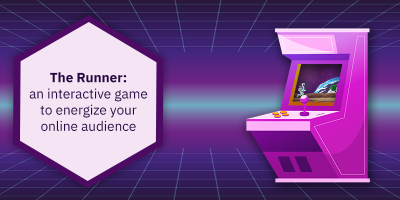 The year is full of important dates in which launch campaigns that will help you achieve your goals and boost your content on different social networks. Cool Tabs will help you: we have prepared a complete social media calendar, so you can plan your actions in advance and never miss out a chance to improve your marketing strategy!

It may be a long and hard way, but sharing custom content on your social networks will help your followers, users and possible customers to feel identified with your brand and value it even more. For example, if you are a toy store, your perfect date to launch a campaign would be Christmas, don’t you think?

Halloween, the 4th of July or Thanksgiving have never been as profitable as they are now. You’ve just got to take a look at our social media calendar and choose the most relevant dates for your brand. It’s essential to think about your audiences’ needs, as you can cover them.

Besides the most significant dates of 2019, we’ll also show you examples and ideas of marketing campaigns you can launch in order to generate qualified leads, gamify your audience, improve your customers’ loyalty or boost your sales conversion, among many other objectives. Remember our apps Cool Promo and Cool Promo White Label are perfect to create more elaborated campaigns, but you can also carry out simple and direct sweepstakes.

Why is a Social Media Calendar so important?

A social media calendar it’s a fundamental roadmap to plan your marketing activities and, as we’ve already said, an essential tool to meet your goals. It will help you save time and resources and get your marketing team and actions organized.

Keep in mind that, if you plan ahead, it will be easier to succeed. Track and monitor all the results of the actions of this social media calendar, and always take notes of your workflows and progress. While you plan your New Year’s resolutions, you can also plan the marketing actions that you’re going to carry out for the rest of the year according to this social media calendar.

We love some January special days, such as Cuddle Up Day or Chocolate Cake Day. But, of course, being a social media platform specialized in quizzes and trivia, our favorite one must be Trivia Day. Make the most out of it by launching a campaign in which you ask your users how much they know about your brand or sector.

This is an example of a marketing trends quiz that the digital transformation event DES created to generate qualified leads. And do you realize it’s movie awards season time? We love an Oscar poll in which participants must vote their favorite films, actors, actresses… Drink wine, hug your pet or spend the night watching the Academy Awards. February is full of days to celebrate. Of course, whether you like Valentine’s Day or not, don’t miss the opportunity to launch a campaign related to this lovely date.

The jewellery firm TOUS launched a campaign on Valentine’s Day for its Facebook fans in several countries, with over 13,000 participants. Users had to decipher a series of clues to find the keys that would allow them to participate in the contest. If you are a fashion brand, of course, Fashion Week should be marked in red in your social media calendar. Here you have the perfect example of a photo contest: Celebrate Women’s History month and feminism, sleep all day on March 16, and indulge yourself by eating a loooot of Oreos. March’s social media calendar is simply awesome!

Take a look at this campaign’s example, perfect for the Popcorn’s Lovers Day: a coupons code contest to win movie tickets. If you were thinking about adopting a pet, any month is perfect, but April celebrates both the National Pet Day and the National Adopt a Shelter Pet Day.

Lookalike Day, Don’t Go To Work Unless it’s Fun Day or National Superhero Day (launch a quiz asking your users which Marvel’s superhero they are!) are our preferred days in this social media calendar. May is teachers’ month and we love it. Star Wars Day and Geek Pride Day (the perfect excuse to binge-watch Bing Bang Theory) are social media calentar days in which being very happy! It’s our chance to kiss, watch all the Donald Duck’s movies, drink ice tea or eat chocolate ice cream. But also to be proud of our jobs: May 30 is Social Media Day!

Also, in National Selfie Day, create your own photo contest related to your brand or field, like this one: Emojis, french fries, jokes or friendship are the heroes of this month’s social media calendar. Of course, the 4th of July is ideal to launch a special campaign, as well as Rock Worldwide Day. It’s summer, festivals’ season, and festival tickets are the perfect prize for campaigns, contests, and sweepstakes, like in this example: Temperatures rise and you must be thinking about your holidays instead of planning your marketing actions. Don’t worry, this social media calendar is here to help! Take a look at all the August days that will give you the best ideas for your campaigns.

Also, people travel a lot in August. Why don’t you use our Paths tool to create a “Choose your own adventure” quiz so users can find, for example, which is the best destination for them? Coming back to school, post-vacation blues… September is a hard month! Nevertheless, there are always important dates to celebrate. Take a look at our social media calendar and don’t miss out!

If you have a restaurant or hotel, keep in mind that it’s World Tourism Day. Why don’t you launch a survey to know the opinion of your users about your services and, therefore, take the chance to improve them? “We can work from home, ouuuoooh, oooh…” Were the Fifth Harmony girls thinking about October when they launched one of their greatest hits? We don’t know, but this month is time to celebrate The Sweetest Day, throw a party on the 11th, mischieve and make the difference and be afraid of witches and ghosts in Halloween.

But, above all, we love pizza! And October, according to our social media calendar, it’s National Pizza Month. So here it is an example of a real Domino’s Pizza hashtag campaign on Instagram to take ideas for your own marketing contests. Joining the Movember movement, eating sandwiches or paying tribute to our veterans are just a few of the things we can do in November following this social media calendar.

Thanksgiving is already here as well. To celebrate it, we recommend you to launch one or more sweepstakes on your social networks. Instagram or Facebook are our two favorites, but why don’t you make the most out of Pinterest as well? Take a look at this example to win a dinner for two, perfect for Thanksgiving. Ooooh, Christmas. Time to sing carols, be with our family, and eat. And drink. And eat again! Black Friday and Cyber Monday will help you to increase sales (read this post on the best tips to do it).

Santa Claus is coming to town and our social media calendar tells us that a campaign in which you ask your followers and users about their favorite toy is a very good idea, don’t you think? What’s your favorite month in this social media calendar? And your favorite dates? Are you launching special marketing actions? Let us know in the comments!