Video Contest: A Complete Guide to do One on Social Networks (With Examples)

The fact that audiovisual content has grown notably on social media in recent years won’t be news to you. Video has been one of the key trends in the digital marketing world and it will continue to be so in the future. That’s why we’re going to teach you how to take advantage of its popularity with a video contest on social networks.

More and more users are spending time in front of a mobile device, whether it’s a mobile phone, tablet or computer, watching videos on social media. YouTube is still the most popular, followed by Facebook. Although we must say that Instagram, the app that was born for photographs, is giving the other two a run for their money.

How to Do a Video Contest

If you choose to do your contest with the Cool Promo White Label app or the Cool Promo by Cool Tabs, users can access this type of contest from four different social networks: Facebook, Instagram, Twitter, and LinkedIn. In addition, they can do so anonymously, with which you would get their full name and email.

Here you can find our tutorial that you can take a look at in order to learn how to run this type of contest. Below, you’ll find examples of contests in which videos are the protagonists in one way or another.

If you wanted to do a contest among your Facebook followers, you could, for example, upload a video in a post and have users react to it. Among all those who meet this requirement, you can then randomly pick the winner. 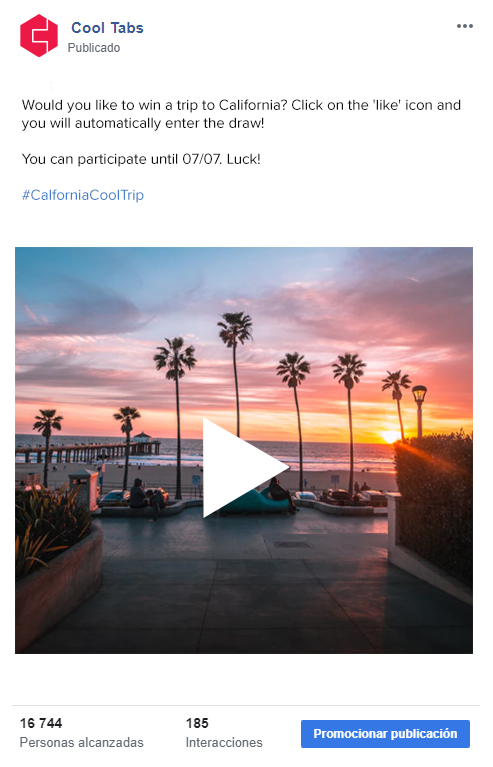 Do you know what Instagram and Twitter have in common? Yes, hashtags! If you want to generate a social conversation around your brand on social media, one good idea is to do a video contest with hashtags (with the one of your choosing). In addition, with Cool Tabs, you can monitor the hashtag and find out what’s being said about your social media video contest. 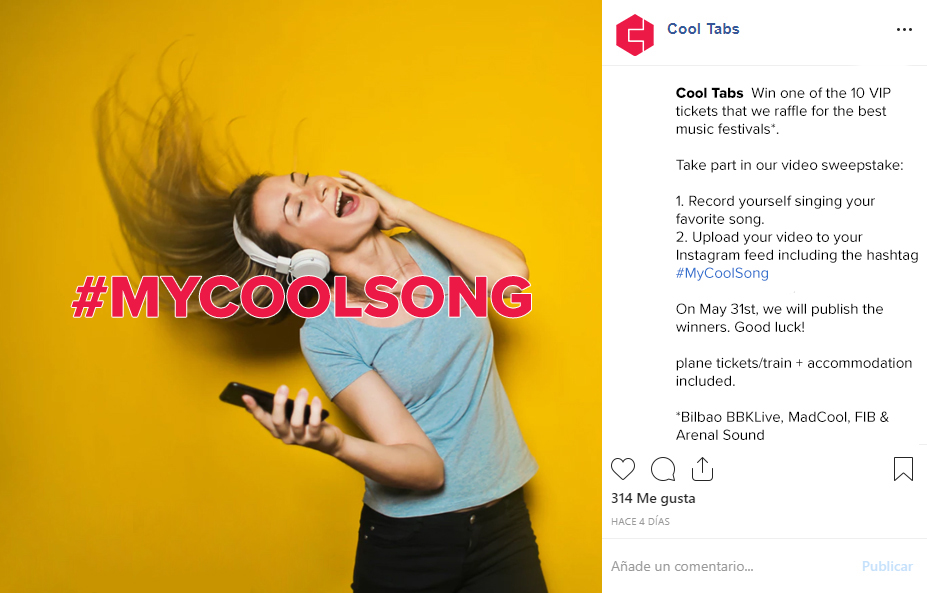 Video contest on a microsite

If what you want to do is create a video contest on social media and also embed it on your website and/or blog, we provide you with a microsite so that you can post it wherever you’d like. 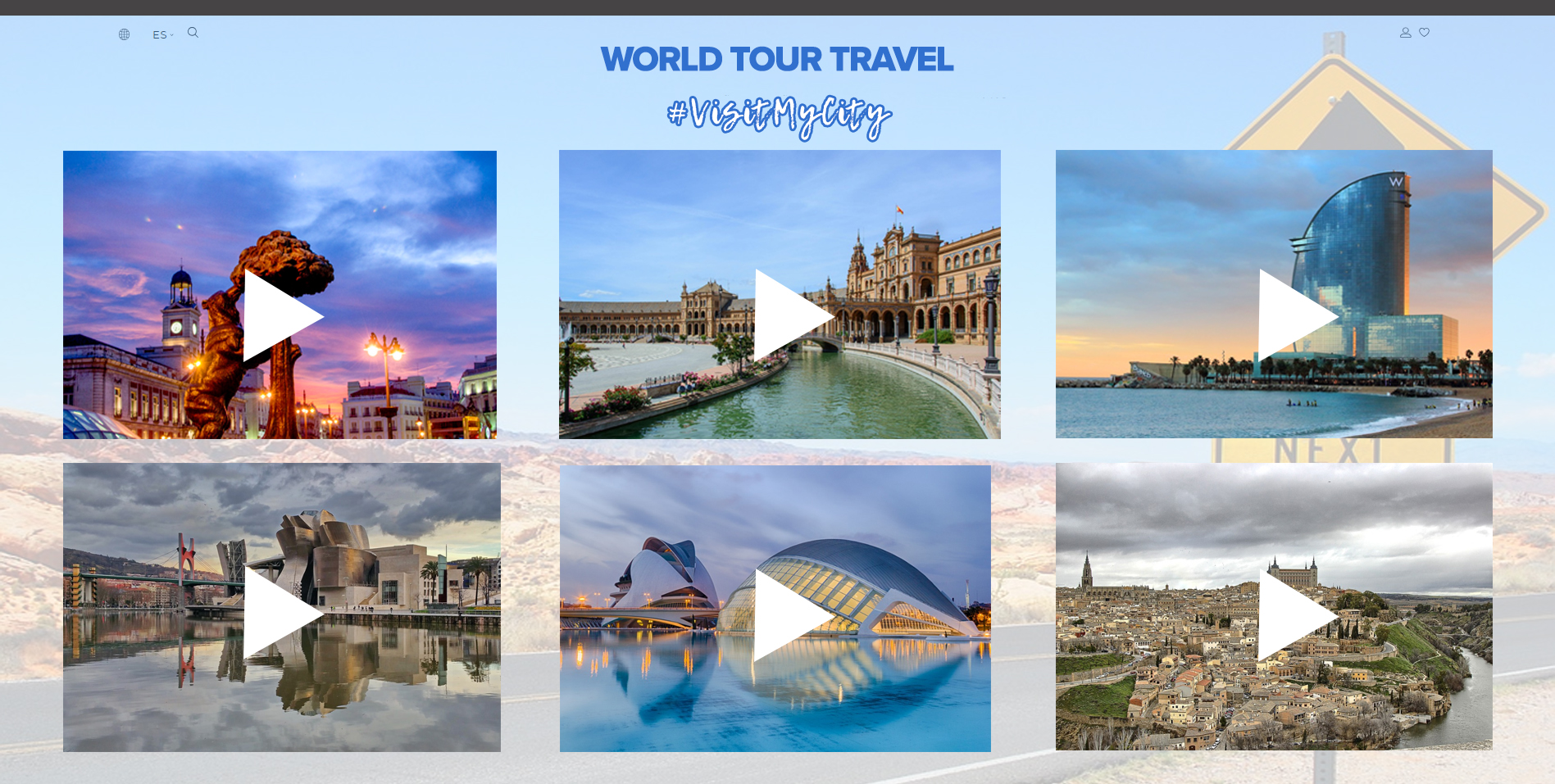 If you want to make users feel part of your contest, you can always make a “Choose your favorite” video contest. Here, users have to upload a video in order to participate and they are ones who will then vote on the rest of the participants.

This example is interesting to do in phases, that is, the first week of the contest users will vote and then, for example, the five most voted videos will move on to the semifinal. The same will happen the following week and only three would move on to the final round, and in the last week the video that received the most votes from users will be named the winner. Sounds good, right? Here we tell you how to do it. 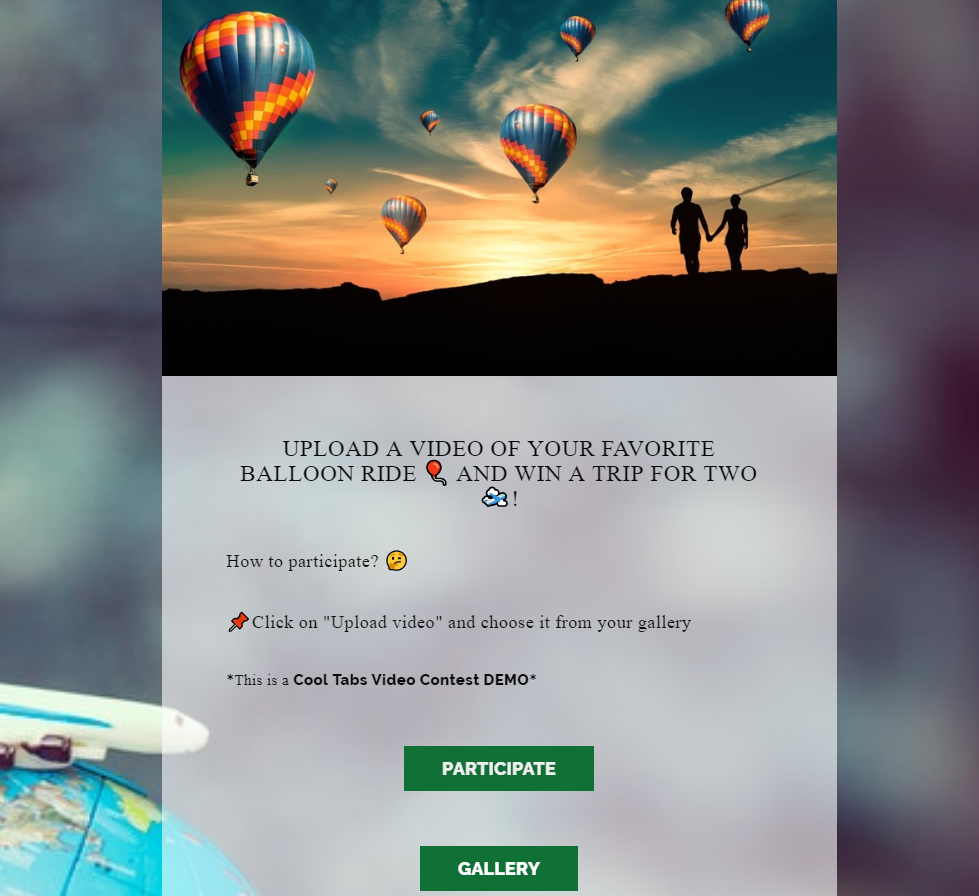 The social networks themselves consider audiovisual content to be important because their users give them clues that show that they like and use this content. Now, while it’s true that video is a fundamental part of content on social media, there are other more specific reasons as to why a brand should create a video contest.

Why do a video contest on social media?

To illustrate everything we’ve just explained in this post, we have chosen some real examples from our clients who have chosen to do a video contest on social media.

The City Council of Alcalá de Henares wanted to challenge the city’s inhabitants to show that they took care of the city and kept it clean. The dynamics were very simple, anyone who uploaded a video to the platform of them doing something good for Alcalá entered the giveaway to win a check for €300. 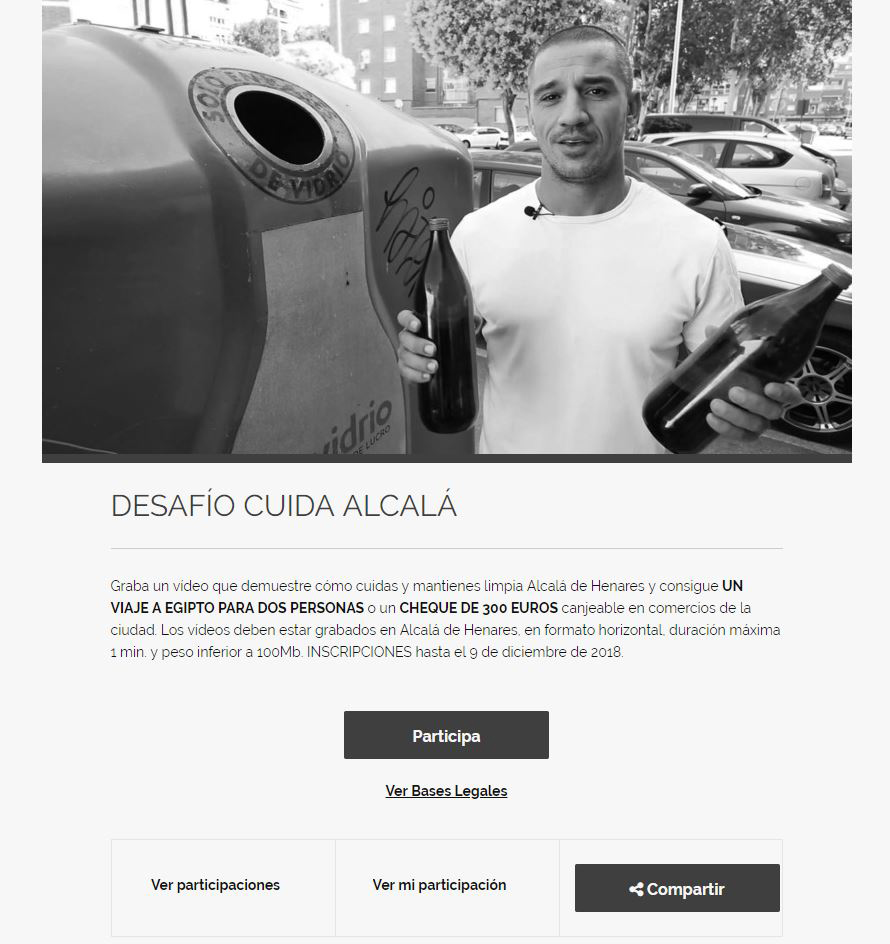 The Andalusian franchise of “gastro-taverns”, Volapié, organized a video contest on social media in which all those who wanted to participate had to upload a video of them dancing. This contest was aimed at helping young people who had just started doing flamenco dancing. 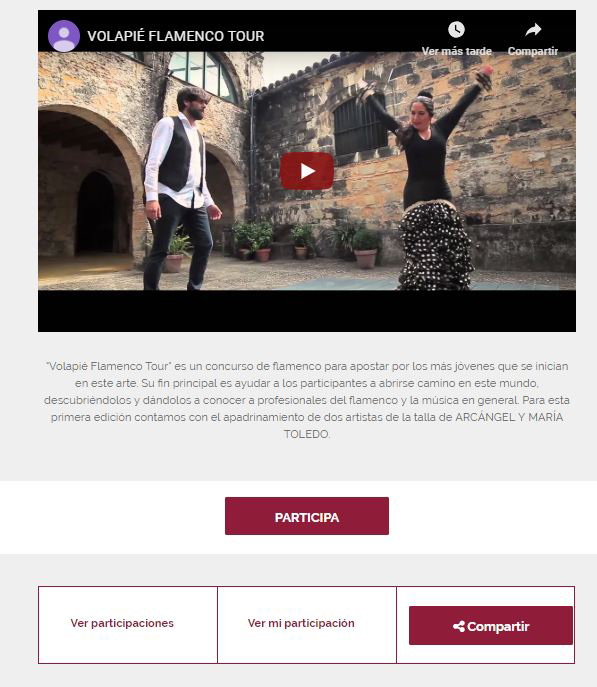 Evax has prepared a campaign for Portugal in which, in order for users to participate, they have to upload a video of them having a great time dancing with their BFF. 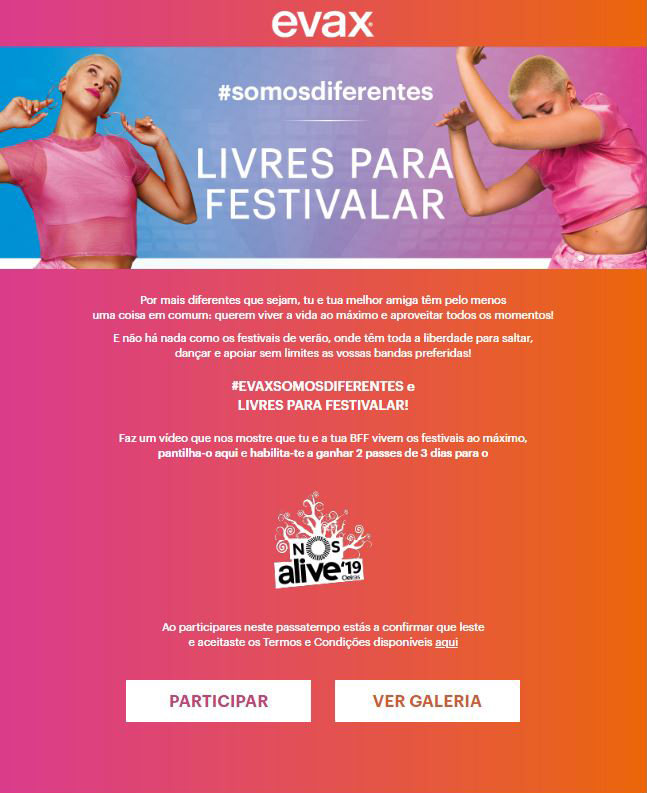 If you have any questions, we recommend that you: